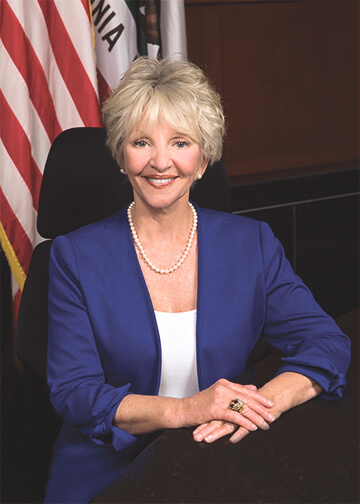 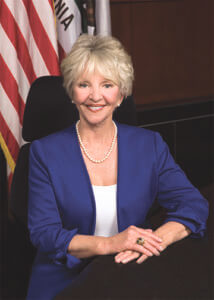 Christina Shea, Chair of the F/ETCA and Mayor of Irvine

The Foothill Eastern Transportation Corridor Agency (F/ETCA) continues to strengthen its economic position in the bond market with Moody’s Investors Service upgrading the Agency’s bonds from Baa3 to Baa2.  The TCA operates the 133, 241 and 261 Toll Roads in Orange County, Calif.
“The Baa2 rating reflects continued stronger than forecasted traffic and revenue growth since 2014,” stated Moody’s in the RatingsDirect report dated June 28, 2019.  “This higher than anticipated revenue growth in the 2014-2018 period, which averaged around 7.7% per year over the period, has…improved the agency’s resiliency to potential downturns or stagnant growth periods.”
“With The Toll Roads adding 1,000 accounts each weekday, it’s not surprising that our bonds were upgraded once again,” said Christina Shea, Chair of the F/ETCA and Mayor of Irvine. “This is a clear signal that The Toll Roads system is an economically strong and sustainable traffic relief solution for commuters throughout Orange County and the region.”
The two joint powers authorities – F/ETCA and the San Joaquin Hills Transportation Corridor Agency – were created to plan, finance, construct and operate Orange County’s 51-mile toll road network – the 73, 133, 241 and 261 Toll Roads.
Since the Agencies’ bonds were restructured in 2013 and 2014 to take advantage of historically low interest rates and to align the debt structures with actual growth trends, annual toll revenues (for both Agencies, combined) have grown more than 40 percent to $380 million due to increases in transactions and small inflationary annual toll increases.  The results have exceeded projections and required reserves have been filled.
The Toll Roads have been providing a choice for drivers for more than 20 years and the tolls collected are used to pay back the debt that was issued to construct the system, operations and capital projects.
The Transportation Corridor Agencies (TCA) are two joint powers authorities formed by the California legislature in 1986 to plan, finance, construct and operate Orange County’s 67-mile public toll road system. Fifty-one miles of the system are complete, including the 73, 133, 241 and 261 Toll Roads. TCA continues to meet the region’s growing need for congestion-free transportation alternatives.